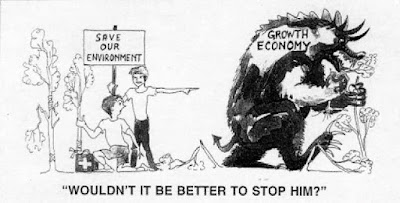 Anyone would think the economy is paramount in our society. Just listen to most politicians. Were they were elected to office by the economy? One would think so, as they do everything for the economy--it's their master and they its servants.


It is time we saw the economy for what it really is, and treat it accordingly.

I like to use a metaphor of the human body when explaining how the economy should work:

As described in the following video, we need to restructure the economy to be non-numeric-growth. The key concept is to create an economy which enables “prosperity without growth”.

If we continue to have our economy dependant on continual growth then, "For how long will we have a planet which can sustain life?" 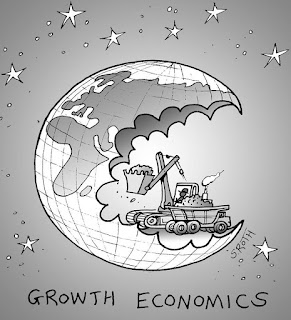 Posted by Paul Chippendale at 08:36